What Is Tether? Everything You Need to Know
HomeBlogArticle
Academy

What Is Tether? Everything You Need to Know 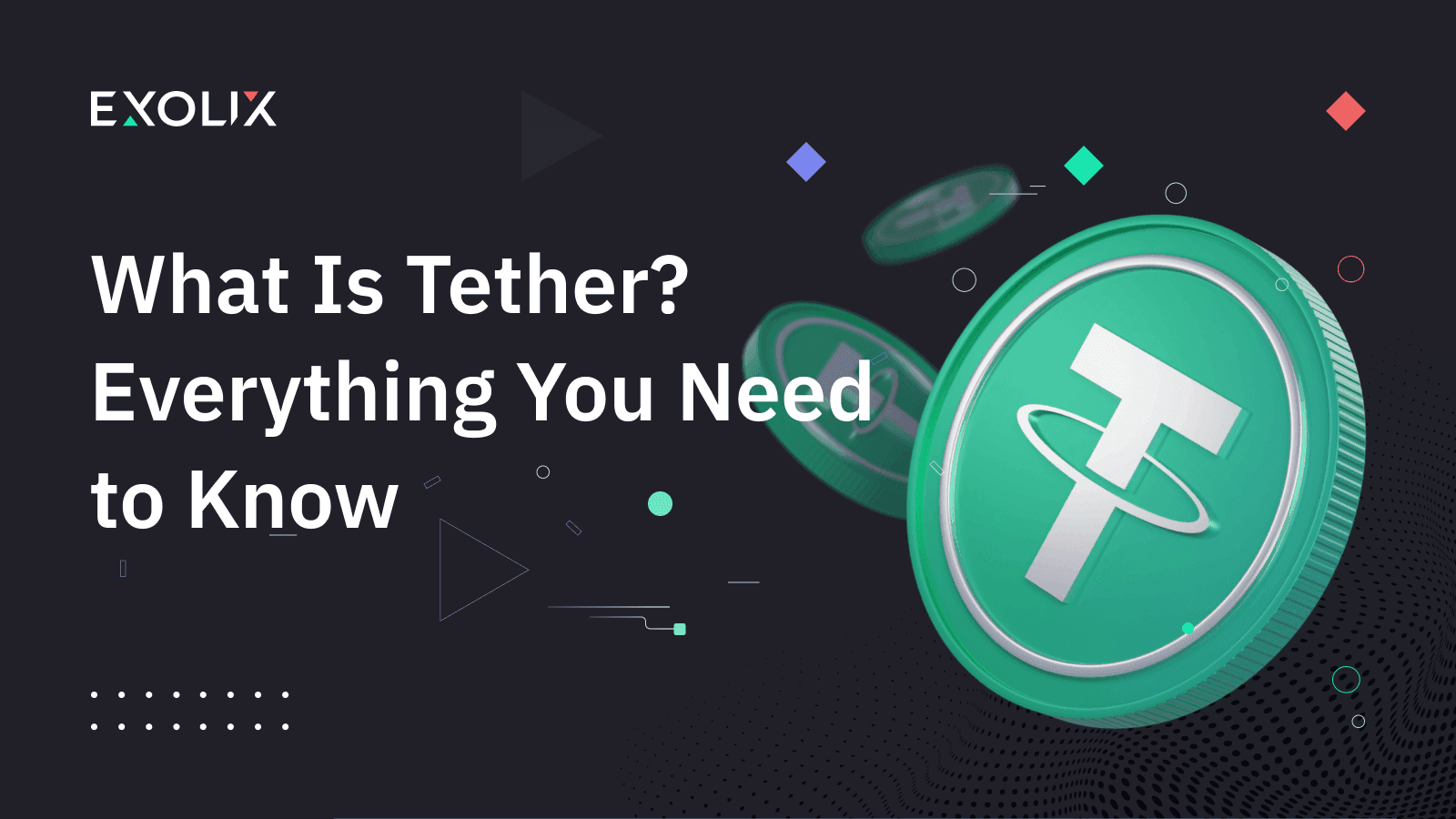 Tether is a stable coin that maintains a 1:1 peg. It is one of the most famous cryptocurrencies and has a high market capitalization. It is the world's first and most used stable coin at the moment despite its controversies. A coin is said to be stable when its value is tied to an outside asset or commodity, which helps stabilize the price and lowers the volatility. Tether being linked to the US dollar very much secures that reputation. This means the value of one Tether can be approximated to one USD.

The existing cryptocurrencies had two significant issues: their high volatility and convertibility. Tether was introduced as a stable valuation coin to resolve this issue. As we can trade one Tether for one USD irrespective of the market conditions, the pressing volatility issues are solved, attracting more investors.

Today, financial institutions are keen on adding cryptocurrencies to their balance sheet. Owing to its low-risk profile, Tether is one of the most popular and widely used cryptocurrencies. As per November 2021 Sensex, around 61% of the stable coin market comprises Tether USDT.

How Does Tether Work?

The operations of Tether begin when a user deposits a Fiat currency in Tether's reserve. Hence, when such a thing occurs, the requested amount of tokens is minted and sufficient dollars held as reserves are transferred to the USDT reserve vault.

Once this transaction is completed, the user will be issued digital tokens of Tether, which can be either stored, sent, or exchanged. Since Tether is a digital currency, it can be redeemed anytime. For every Tether USDT, an equivalent amount of one US Dollar will be stored in the Tether reserve.

For example, a user will be issued 1000 Tether tokens when he deposits 1000 USD in the Tether reserve. The user can redeem these 1000 tokens against the fiat currency at any time.

The notion of "safety" is subjective and varies depending on the level of risk an investor is willing to take.

Tether reports that since 2015 it has never failed to process a redemption request of $1 per USD token. In terms of market capitalization, USDT is the sole winner.

During the bear market in 2018, Tether was one of the safest havens for investors as those investors holding unstable currencies suffered huge losses.

Tether only issues tokens to investors who have completed their KYC procedure. Tether is the most actively traded crypto asset in a 24-hour period.

A Brief History of Tether

We can date back the origin of Tether to July 2014. Brock Pierce, Craig Sellars, and Reeve Collins, the founders of Tether, initially named it a 'Real coin'. Bitfinex, a cryptocurrency exchange based out of Hong Kong owns Tether Operations Limited.

As it was difficult for the exchanges and companies to hold sovereign currency, commonly known as Fiat money, the need for Tether came into existence.

The exchanges must have a license to hold Fiat money. The users also demanded a platform where they could quickly move between Fiat and Crypto money, which resulted in the invention of Tether tokens.

The actual coin is a dollar-backed digital currency that enables the smooth transfer of Fiat currencies in the blockchain network. The first six tokens were issued on the Bitcoin Blockchain on 6th October 2014 using the Omni layer protocol. The coin was rebranded as Tether (USDT) on 20th November 2014. During this time, the company entered into private beta to support Tether for three currencies: Dollars, Euros, and Japanese Yen. There was also an announcement indicating that Tether can be redeemed at any time and that they are not exposed to exchange risk.

When its first token was distributed in 2015, Tether revolutionized the market and proved hugely successful.

Since then, Tether has gained popularity and launched many tokens. Today, looking at market capitalization, Tether is the third-largest cryptocurrency in the world, owing to its expansion in numerous blockchains. During the 2018 Sensex, conducted in the summer, we can note that Tether accounted for 80% of the Bitcoin Volume.

Tether Has Had Legal Troubles

How Is Tether Backed?

Paolo Ardoino, Tether's chief technology officer, stated that Tether is fully backed up by strong, conservative, and liquid reserves. All the USDTs are backed by a real, lively dollar, safely deposited in a bank account.

Although both Bitcoin and Tether are digital currencies, they have notable differences. Understanding the unique features of both currencies is essential to trade and effectively gain the maximum from the crypto market.

Is Tether a Good Investment?

As Tether mitigates the risk of volatility, it creates more value. Many investors who hold back fearing risky investments can use Tether as a store of value. In a highly volatile crypto market, Tether ensures liquidity. Tether also helps in the easy swapping of cryptocurrencies.

Tether has a high remittance power. Even if the crypto market crashes one day, Tether can easily be encashed as it is pegged to a real-life commodity, safeguarding the interest of the investors.

Tether can be exchanged anywhere in the world quickly and with a lower transfer cost compared to banks and other financial institutions. Tether provides stability and flexibility to its investor's portfolios.

Although Tether is not suitable for an investor looking for long-term investment and earning yields from capital appreciation, today, several lending platforms, exchanges, and wallets pay a high-interest rate to store Tether USDT on their platforms.

Cryptocurrencies are rapidly gaining popularity. The Government formulates many new regulations to regulate the crypto markets. Compared to Bitcoin and Ethereum, Tether is the most traded cryptocurrency today. Due to its stability, Tether changed how people view cryptocurrencies. Tether is the sole reason many investors started entering the crypto market. Since one USDT always equals one US Dollar, Tether can only be used as a store of value and is ideal for investors looking for capital appreciation. However, if an investor is looking for a short-term investment with minimal risk, Tether is the most effective option. We can buy Tether on major cryptocurrency exchanges and leading platforms. Tether tokens allow the customers to transact across different blockchains without any of the complexities usually associated with digital tokens. For these reasons, it is worthwhile to consider investing in Tether.