What is Layer 1 and Layer 2 crypto 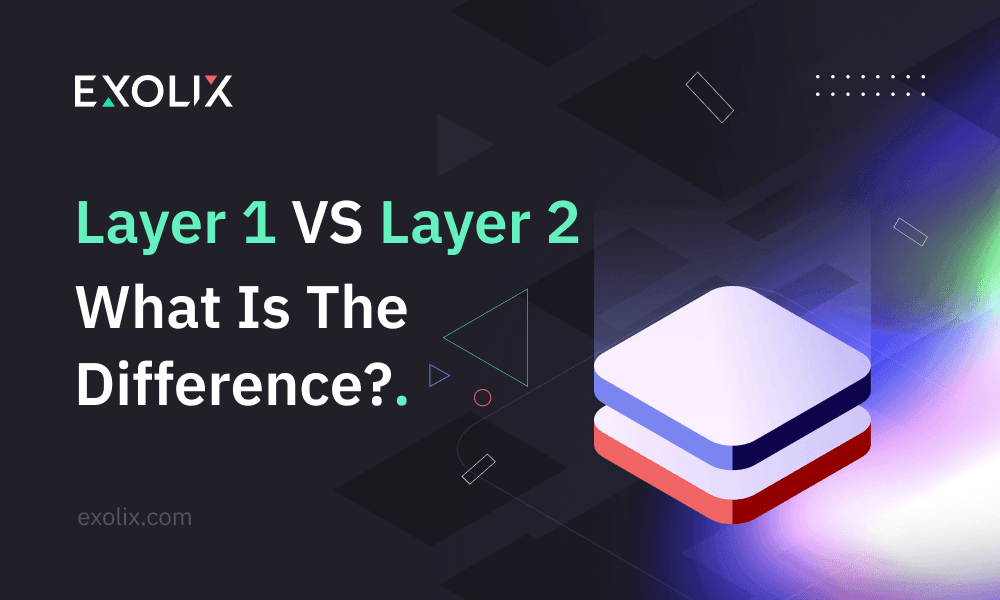 Among various challenges associated with blockchain technology, the issue of scalability is definitely one of the most crucial. The term refers to the number of transactions per second — this parameter determines its effectiveness on many levels. With cryptocurrencies becoming a part of everyday life and slowly yet steadily pushing back traditional systems, it is no wonder that further evolution of this technology requires dealing with scaling problems. Of course, you don’t necessarily have to know about the crypto Layer 1 vs Layer 2 dilemma unravelling behind the crypto curtain. Modern instant exchange services, such as Exolix, allow you to convert coins without any previous experience, simplifying your acquaintance with the subject. However, a little bit of technical knowledge won’t hurt. After all, the more you know about these mechanisms, the better your chances are at predicting what cryptocurrency may become the next big thing. Hence, let us look closer at what these Layers are and why they are so important.

Blockchain Scalability: Starting from the basics

Scalability in blockchain technology is defined as the system’s ability to increase both the number of transactions per second and the number of involved nodes. Why is it so important? Firstly, blockchain networks are supposed to grow. Without further development, even such advanced technology will quickly become obsolete. Secondly, blockchain systems are supposed to provide efficient and secure services. A blockchain network clogged with unfulfilled and simply too slow transactions is unable to justify its existence. Sure thing, if you want to be able to swap, trade, and stack cryptocurrencies with satisfying effectiveness, scalability would become your key concern.

What is the difference between Layer 1 and Layer 2 solutions

The term “Layer 1” essentially describes the basic blockchain architecture, whereas the term “Layer 2” refers to an additional network stacked on top of the basic one. Crucial differences between these solutions include the following:

Sharding is one of the most popular Layer 1 scaling solutions. This approach makes it possible to break all transaction sets into smaller ones, creating “shards”. Next, the blockchain network processes these “shards” independently. Hence, increased transaction speed and improved network performance.

This approach represents a transfer from one protocol to another, most commonly a decision to abandon a Proof-of-Work protocol in favor of a faster and more nuanced (not mentioning much more eco-friendly) Proof-of-Stake protocol. Probably the most famous example of such a switch is the Ethereum Merge. Layer 2 scaling solutions include the following:

State channels work as a two-way communication channel between the participants, allowing them to conduct interactions, which under normal conditions occur solely within the main blockchain. Usually, the interaction happens due to the pre-agreed or multi-signature smart contract. This approach significantly boosts both the transaction speed and the overall network capacity.

Developers create a set of multiple blockchains on top of the main one, forming a parent-child form of connection. The “parent” delegates the workload to the branching networks. The “child” chains execute the orders and transfer the obtained results back to the main chain. This approach significantly reduces the workload in the main blockchain, boosting the transaction speed and increasing overall network performance.

Pros and Cons of Layer 1 and Layer 2 scaling solutions

Both Layer 1 and Layer 2 scaling solutions have two common problems:

Both issues are closely tied with the famous “scalability trilemma” invented by Vitalik Buterin. According to this principle, every optimization of a blockchain network eventually comes to a trade-off between three parameters:

Therefore, even though both Layer 1 and Layer 2 scaling solutions have their respective pros and cons, their implementation is always tied to a decrease in either decentralization or security. Hence, the goal is to facilitate the exchange, creating the most prosperous conditions for the next iteration of the blockchain network.

The problem with scalability is arguably the most serious obstacle to the further application of blockchain technology. The industry is in dire need of truly effective approaches, capable of increasing the effectiveness and safety of day-to-day transactions. This is exactly why Layer 1 and Layer 2 solutions have become so important. However, we should remember that the difference between Layer 1 and Layer 2 crypto refers only to their scope of application. In general, we should view them not as competing forces, but rather as complementing and extending each other. Because of this, many blockchain networks successfully combine both approaches, significantly improving their scalability, without damaging their security and/or decentralization.

What are the most notable examples of Layer 1 blockchains?

There are many blockchain networks, which rely solely on Layer 1 solutions. This group includes such famous examples as Bitcoin, Litecoin, Solana, and Ethereum.

I have managed to acquire some Layer 1 coins and want to try my luck with Layer 2 coins. Where do I begin?

Visit Exolix — an instant exchange platform where you can convert tokens without limits. There you get coins that interest you most and compare different pros and cons of Layer 1 and Layer 2 networks on your own.

Why do we need scaling solutions for blockchain networks?