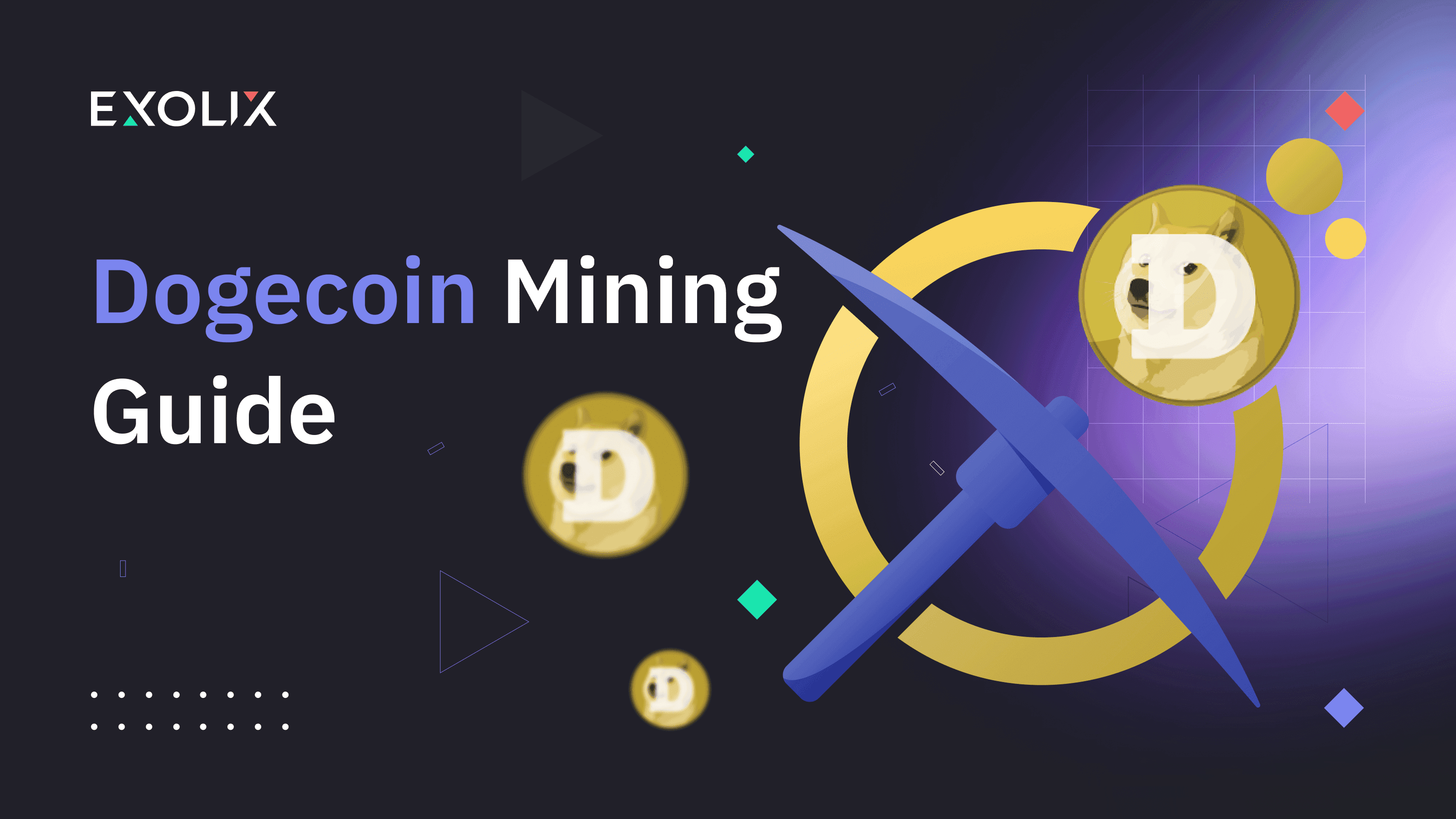 Dogecoin (DOGE) is an altcoin based on Litecoin and launched in 2013 by programmer Billy Markus from Portland, Oregon, who hoped to create a fun cryptocurrency that could reach a broader demographic than Bitcoin.

Dogecoin features the likeness of the Shiba Inu dog from the Doge Internet meme as its logo. It has been widely used as a tipping system on Reddit and Twitter, much like Bitcoin, and has inspired several other satirical cryptocurrencies.

Dogecoin still has a very low value per coin compared to other popular currencies such as Bitcoin or Litecoin. Still, some people are looking into mining Dogecoin because it’s cheap and fun to do.

But what does it take to mine DOGE, and how can you start? Here’s your complete guide to Dogecoin mining.

What Is Dogecoin Mining?

Dogecoin mining is the process of verifying and adding transactions to the public ledger, known as the blockchain. The process of mining DOGE entails using a computer or PC to solve complex math questions.

By solving these problems correctly, miners are rewarded with Dogecoins for their efforts. In order to mine for Dogecoins, you'll need a Dogecoin miner.

This is a piece of software that helps your computer solve complex mathematical problems and in turn, earn Dogecoins. There are many different types of Dogecoin miners available, so be sure to do your research before choosing one.

Is Dogecoin Profitable to Mine?

Dogecoin mining is a process of using specialized computer hardware to earn cryptocurrency. Dogecoin, like other cryptocurrencies, is decentralised and isn't regulated by governments like traditional fiat currencies are.

This means that anyone with a computer and the right software can start mining for Dogecoin. However, it's worth considering how profitable this endeavor will be.

To mine efficiently you'll need to buy, or rent, expensive hardware and spend your time on maintenance and monitoring instead of working or spending time with friends and family.

The world's top 500 supercomputers combined only have about a quarter as much power as Google alone. It may not seem like there are many people who are capable of Doge mining, but if you live in an area where electricity is cheap then it might be worth taking a chance.

How to Mine Dogecoin

Dogecoin mining is not too different from other coins when it comes to the process. You will need a Dogecoin wallet, mining software, and a Dogecoin pool in order to get started. Follow these steps and you'll be on your way to becoming a Doge miner!

In order to start mining Dogecoin, you will need a few basic supplies.

The first thing you'll need is a Dogecoin wallet. The best wallets are either Electrum-DOGE or MultiDoge; however, if you're just getting started with mining then MultiDoge will suffice for now.

These wallets work in tandem with miners, so make sure that whichever wallet you decide on is compatible with your miner (or vice versa). Once you have a wallet installed, it's time to install your miner program.

In addition to this, you will need a computer with a decent CPU. The CPU in your PC should have sufficient power to mine Dogecoin. However, it is not advised because it damages the computer by overheating it.

A GPU or graphics card can also be used to mine Dogecoin. Examples of suitable graphics cards include the ASUS RX Vega 64 and Sapphire Pulse Radeon RX580.

The Scrypt ASIC Miner is set up to mine Dogecoin and other Scrypt-based coins. Innosilicon A2 Terminator, Bitmain Antminer L3, BW L21 Scrypt Miner, etc. are a few examples.

Last but not the least, you will need a Dogecoin mining pool (this is where you will receive your payouts).

Once you have all of these things, you are ready to start mining!

There are many Dogecoin mining pools to choose from. To find the best one for you, you'll want to consider things like fees, payout methods, server locations, and minimum payouts.

You'll also want to make sure that the pool is compatible with the mining software you're using. If you have an AMD graphics card, then Ethpool should be your choice.

If you have an Nvidia graphics card, then Clevermining will be better for you. In addition, if you have some other type of video card (like Intel) then Suprnova may be worth checking out.

After choosing a mining pool, it's time to decide on what type of miner you want to use - solo or pooled. A pooled miner means that you share your resources with the rest of the people in the group.

So, instead of spending hours solving math problems yourself, you share the workload and get paid proportionately. It's possible to join more than one mining pool at once.

One option is to run two different types of miners - both a pooled and a solo miner so that if one stops working, you'll still have access to dogecoins as long as you keep up with maintenance such as rebooting every now and then!

If you want to mine Dogecoins but don't want to invest in all the hardware, cloud mining is a great alternative. This means you rent mining equipment from a company and pay them for the hash power.

The main advantage of this is that you don't have to deal with the hassle of setting up your own mining rig. However, some people worry about the hidden costs. For example, how much electricity will I use? Will I get my money back?

These are valid concerns that can only be answered by doing your research, depending on your location and the resources available.

Another downside is sometimes these companies take a lot of time before they start paying out which can be very frustrating if you need quick cash! It is also important to make sure you're not getting scammed.

Make sure that when signing up with a company their reputation is solid. Read reviews on sites like Bitcointalk or Reddit to see what other users say about the service and how reliable it is.

What's great about cloud mining is that if you find one with high ratings and good customer service, you won't have to worry about anything else.

You just need to select the number of hashes per second (H/s) you would like then enter your wallet address where the coins will go. Once your contract expires, the company mines for Dogecoins without any further input from you.

There are a few risks to mining Dogecoin, but they're mostly related to the price of the coin. If the price of Dogecoin goes down, you'll be spending more on electricity than you'll be making in coins. And if it goes down too far, you could even end up losing money.

So it's important to keep an eye on the market and make sure that you're getting a good return on your investment before you start mining. See the current price, history, and other information about Dogecoin here.

Moreover, if you carry out mining using unsecured personal resources, you can face the following problems:

Mining Dogecoin is not difficult at all. There are several options for carrying it out and many more to reduce costs. While it is difficult to interpret the profitability of mining Dogecoin, the risks and potential losses can be minimized by doing extensive research on all the factors listed in this guide.

How much does it cost to mine 1 Dogecoin?

The cost of mining 1 Dogecoin varies depending on the cost of electricity and the hash rate of your equipment. However, generally speaking, it costs around $0.0035 to mine 1 Dogecoin.

Can I mine Dogecoin on my iPhone?

Unfortunately, you cannot mine Dogecoin on your iPhone. This is because mining requires a lot of computational power, which an iPhone simply does not have. However, there are many other ways to earn Dogecoin. You can buy it, trade for it, or receive it as a tip.