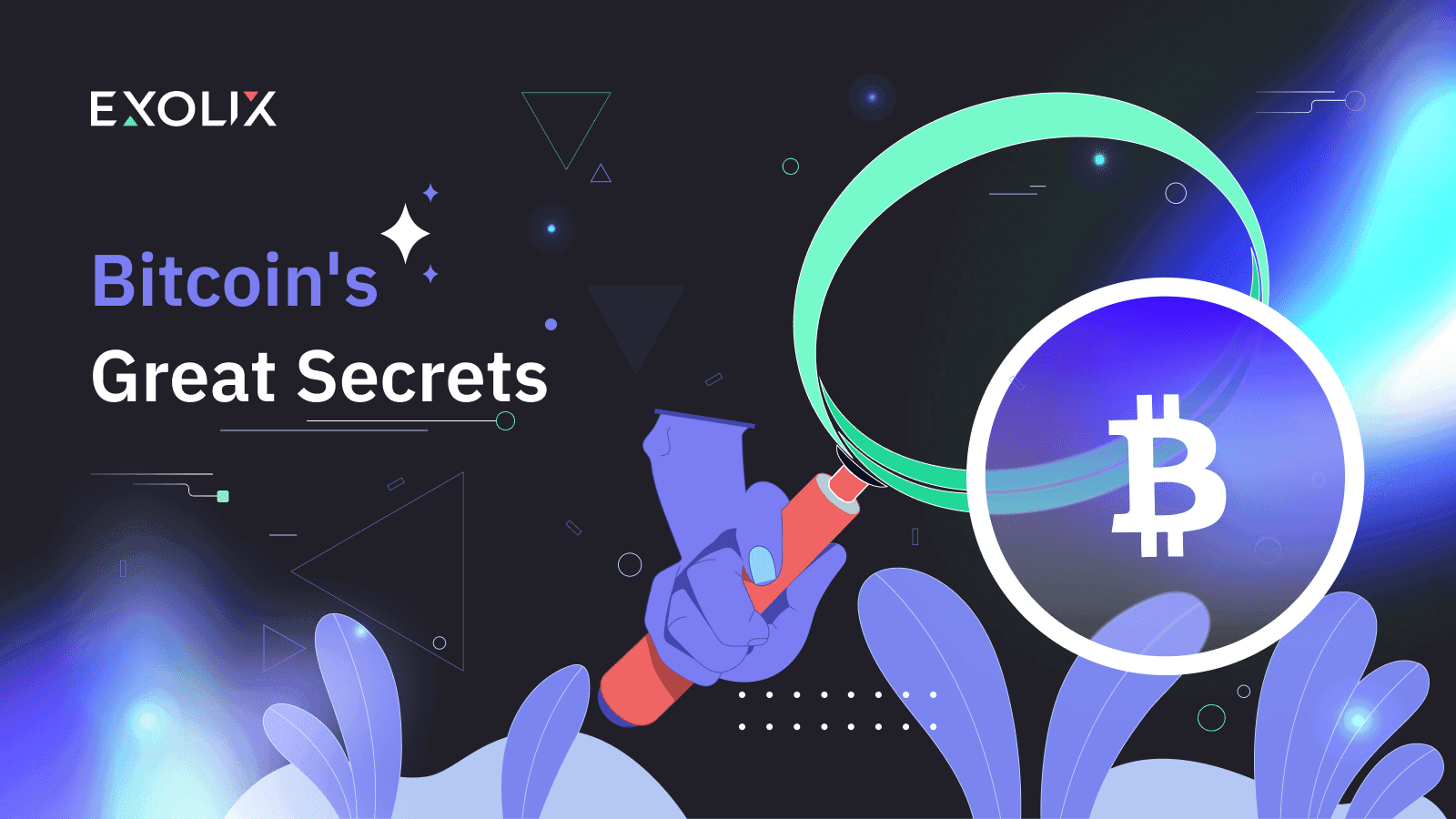 Despite Bitcoin's tumultuous price changes, the cryptocurrency has been gaining popularity and attention in recent years, especially as more businesses start accepting it as payment.

For some, the idea of cryptocurrency is still a bit confusing – what exactly does it mean to mine for Bitcoins? Is there really such a thing as an altcoin? Why does everyone talk about mining?

This guide will help you understand the ins and outs of Bitcoin so that you can make the best possible decisions regarding your involvement with this form of currency.

Bitcoin is a digital currency that was created in 2009. Bitcoin’s major innovation was a decentralised transaction ledger called blockchain, which is used to verify transactions via open-source software shared across networks.

As of April 2022, there are $19 million Bitcoins in circulation. Since November 2017, the CBOE and CME Group have been trading Bitcoin futures contracts for institutional investors. If you want to invest, check the current Bitcoin price here.

The process for purchasing Bitcoin varies depending on what country you live in, but once you’ve purchased Bitcoin it can be stored safely in one of many secure Bitcoin wallets.

Whether you want to purchase Bitcoin, or use it as an investment, these are some great tools for new and experienced crypto enthusiasts.

And since Bitcoin isn’t backed by any government or institution, its value depends entirely on how much people trust it. That can make it volatile, but also appealing as an investment vehicle for those who want to support a new currency.

The blockchain technology behind Bitcoin is called peer-to-peer, or P2P technology. P2P simply means a transaction is direct between two parties without an intermediary.

For example, in a traditional credit card payment network there are many steps involved when you swipe your card: you give your credit card information to a merchant; that merchant sends a request to their bank for authorization, and finally that bank verifies with your bank whether or not you have enough funds to complete the purchase.

With Bitcoin, however, each party has access to all of the information in each transaction—there’s no need for third-party verification. This ensures the security and privacy of transactions on both sides.

Cryptocurrency is relatively new, and most people don’t fully understand how it works. For example, if you have a computer that has plenty of processing power, you can mine Bitcoin yourself.

Simply put, mining involves using a computer to generate cryptocurrency by verifying other transactions that happen on Blockchain—the digital ledger system that stores information about all of your Bitcoin transactions.

It takes a lot of time and energy to do so, but if you manage to get some Bitcoin in return, it could be worth it. However, as more Bitcoins get mined, miners are forced to become more and more efficient. This is called the mining difficulty.

It’s supposed to be getting harder with time and we’re currently at a point where Bitcoins are being mined faster than they can be added to circulation by increasing mining difficulty.

The rules of Bitcoin mining vary in each country. For example, Bitcoin mining has been declared legal by a German court and regulated by German tax authorities as part of an official private money program.

Bitcoin has grown in popularity over recent years becoming a global means of payment, accepted by both individuals and large corporations. Unlike traditional currencies such as dollars, Bitcoins are not issued by a central authority like a bank or government.

Instead, they are created through cryptography; computers solve complex mathematical problems and are issued 6.25 Bitcoins roughly every 10 minutes. Bitcoin transactions are verified by network nodes and recorded in a public distributed ledger called a blockchain.

Bitcoins can be exchanged for other currencies, products and services. In February 2015, over 100,000 merchants and vendors accepted Bitcoin as payment.

Research produced by Cambridge University in 2017 showed that there were 2.9 to 5.8 million unique users using a cryptocurrency wallet, most of them using Bitcoin.

However, Bitcoin has been criticised for its use in illegal transactions, its high electricity consumption, price volatility, thefts from exchanges, and also for being an investment bubble. To learn more, read ‘Is Bitcoin a bubble?’.

Who Is Satoshi Nakamoto?

An anonymous programmer who called himself Satoshi Nakamoto was the person who created Bitcoin in 2009. The true identity of Satoshi Nakamoto has been a topic of speculation since he disappeared from social media, which leaves Bitcoin’s dirty secret still unknown.

Most say it’s either a pseudonym for someone working to solve one of history’s great challenges or simply an imaginary person.

Because Bitcoin has so many nuances that differentiate it from typical money, you need to take extra steps to protect your Bitcoins. Before getting started with Bitcoin, make sure you have a secure place where you can store your private key—which is kind of like your password for sending and receiving Bitcoins.

You should never share your private key or passwords with anyone. Also, keep in mind that Bitcoin transactions are irreversible. If you send Bitcoins to someone by accident (or on purpose), there’s no way to get them back unless they accept them as payment too.

This might not seem like much at first, but if you send hundreds of transactions per month, it could really add up! And lastly, remember that Bitcoin is still a relatively new technology.

Although Bitcoin isn’t going anywhere anytime soon, you may want to do more research before deciding whether or not Bitcoin is right for you.

There are many resources available online, including forums and blogs dedicated solely to Bitcoin users discussing everything from trading tips to market predictions. Take advantage of these resources before investing any time or money into using Bitcoins.

Bitcoin as a Form of Payment

To spend your Bitcoins, you need access to an online exchange like Coinbase or LocalBitcoins (which can charge up to 3% in fees). Exchanges have transaction volume limits, so they may not let you withdraw all of your Bitcoin at once.

With that said, exchanges are probably safer than keeping your Bitcoin on a cloud-based wallet. The safest way to keep your Bitcoin safe is by using cold storage methods such as hardware wallets and paper wallets.

These methods don’t involve an internet connection and keep hackers from stealing your Bitcoins. If you do decide to use an online service, make sure it has two-factor authentication enabled.

If someone gets hold of your password, they won’t be able to get into your account without also having access to your phone. Make sure you read reviews before signing up with any company.

You should always treat Bitcoin just like cash—don’t store large amounts of money on services that aren’t specifically designed for storing cryptocurrency!

Some companies will pay employees in Bitcoin as part of their salary package; others will offer Bitcoin bonuses for good performance.

Bitcoin is not just a cryptocurrency, it has boosted the economy by offering various employment opportunities—and they’re not just limited to tech roles. Here are the top 10 Bitcoin-related jobs you can get:

The best part about cryptocurrency is that anyone can create their own Bitcoin. Bitcoin is open-source, meaning any developer around the world can take its code and use it for their cryptocurrency.

While there are reasons to believe Bitcoin may become a stable, global currency, its creator Satoshi Nakamoto disappeared from public life in 2011—which leaves some people wondering what will happen if Bitcoin (or any of its spinoffs) fails.

The good news is that Bitcoins aren’t going anywhere; they’re more popular than ever. But if you invest in Bitcoin or one of its spinoffs, you should always use prediction tools and follow market trends to make the most out of your investment.

The question, ‘is Bitcoin safe to invest in?’ has probably crossed the mind of every investor. It is important to do your research before investing in any asset, especially one as volatile as cryptocurrency.

Here are the top risks to keep in mind if you own or wish to purchase Bitcoin. By monitoring these, you could even become one of the few Bitcoin billionaires in the world.

Regulation of Bitcoin, if any, varies widely from country to country. While certain jurisdictions have banned its use and trade, others have been more accepting.

In the US for example, Wyoming and Texas have issued crypto-friendly laws to encourage its use. New York, on the other hand, has strictly regulated cryptocurrencies since 2017.

Thus, it depends on which state you are residing or operating in that determines the regulatory risk you may face when investing.

Although Bitcoin has become more and more popular, there are some security concerns you should be aware of before using it. First, always choose a reputable site to buy your Bitcoins.

And as tempting as it may be, never invest more than you can afford to lose in cryptocurrencies. Also, it’s important to note that while Bitcoin transactions do not have a third party (such as PayPal or Visa), they are still not 100% anonymous.

There is no protection against the loss or depreciation of your Bitcoin, similar to stock investments. Insurance firms are hesitant to insure investments since they come with a high level of risk.

This means that if you face losses or your Bitcoin wallet gets hacked, you will not be legally insured against the loss.

While any new technology can be misused, there are special concerns with Bitcoin because of its anonymous nature, which makes it difficult to track transactions and makes it impossible to recover lost or stolen funds.

As more people start using Bitcoin, we may see an increase in fraud cases involving Bitcoin. This can occur when a scammer sends Bitcoins to an intended victim but fraudulently switches around some numbers and gets paid by someone else for Bitcoins.

Bitcoin is different from any commodity we know and has a peculiar market risk. Crypto assets, like other commodities, are vulnerable to market volatility.

On the other hand, a change in the company's fundamentals could be an example of unsystematic risk, which is exclusive to a single crypto asset.

Bitcoin is an evolution in money. It’s a bubble, but like many new technologies and asset classes, it will change and evolve for decades to come.

While some criticise Bitcoin because of huge fluctuations in its price, experts predict that it has a bright future given the Bitcoin evolution so far.

One day people may look back at how much Bitcoin changed how we think about money and understand that it helped create a global change in the financial market.